A party in 1999 introduced Salma Bennani to the future King Mohammed VI, and the couple married in 2000. They have two children: Crown Prince Moulay Hassan, 18, and Princess Lalla Khadija, 15.
She established the Lalla Salma Foundation to fight cancer, was appointed as a Goodwill Ambassador for the World Health Organization, and is working to stop the spread of HIV/AIDS in Africa.

‘Salma Bennani’ was your normal Moroccan lady who went to university and studied computer technology. She met her future husband at a party in 1999 and they were married three years later. Only that individual turned out to be a prince who would go on to become the country’s reigning king, today’s King Mohammed VI – who, according to Forbes, is the sixth wealthiest person in all of Africa.

King Mohammed VI of Morocco, then known as Prince Mohammed, married Salma Bennani in a secret ceremony in the Moroccan capital of Rabat in 2002.

However, there is a surprising twist in this contemporary fairy tale. In addition to becoming the first Moroccan royal wife to be awarded her own title, Princess Lalla Salma was known for defying customs by appearing in public to promote humanitarian causes. But now she’s inexplicably vanished without a trace. What might have happened to her, and where could she be, to make her disappear?

As cliche as it may seem, Princess Lalla Salma was everything not your normal queen consort to her husband the king. She was the first wife of a Moroccan monarch to be awarded a royal title, and she was formally recognized as Her Royal Highness Princess Lalla Salma after receiving the title from the king.

Despite her royal rank, humanitarian campaigning was something she was passionate about. In 2005, the princess established the Lalla Salma Foundation to fight cancer. She was also appointed as a Goodwill Ambassador for the World Health Organization, and she has campaigned to prevent the spread of HIV/AIDS in African countries since then.

She was also a pioneer for women in the court, as seen by her characteristic style of wearing pants in public and refraining from donning a headscarf in a Muslim-majority nation.

Rumours of divorce are circulating

The royal pair, who had been married for 16 years, allegedly called it quits in the year 2018. Speculation began to circulate after the monarch had heart surgery in Paris in February after suffering from arrhythmia in his heart. A photograph of the operation was released by the Moroccan royal family after it was completed, and while the majority of the Moroccan royal family was present to support the operation, Princess Lalla Salma was not among them.

In the latter half of 2017, it was widely reported that the princess had not been seen in public for a long period of time. Even though the Spanish magazine Hola was among the first to raise the issue, neither the royal court nor the royal family has verified or rejected rumours of a divorce.

Princess of the Ghosts

Anyone who has spent the majority of their life in the public light for more than a decade would be surprised if they were not seen for an extended period of time.

Then she was nowhere to be found

The absence of reportage, or even supposition, in the Moroccan media further adds to the mystique surrounding the situation. According to the most up-to-date information available, the princess just disappeared from the public’s view without a trace.

What happened to her Princess Lalla Salma

Princess Lalla Salma was spotted in April 2019 while enjoying supper with her daughter, Princess Khadija, at a traditional restaurant in Marrakech, more than a year after foreign media started asking about her whereabouts.

The Oulad Mbarek Oncology Centre in Beni Mellal was visited by Princess Lalla Salma on an unofficial basis, according to the Dutch news site De Telegraaf, a few days after her formal visit.

Then, in July 2019, the mother-of-two was seen enjoying a vacation with her firstborn, Prince Moulay Hassan, on the Greek island of Skiathos. In the same month, via their lawyer, Eric Dupond-Moretti, King Mohammed VI and Princess Lalla Salma made a united denial of a custody fight in the French celebrity magazine Gala, which was published in English.

Following that, she was photographed in New York with her two children as well as security guards in Central Park in September of this year, according to reports.

Since then, however, there has been no more word on the princess’s location or condition. What was once a lovely tale has turned into a mystery — where has Morocco’s Princess Lalla Salma disappeared to? 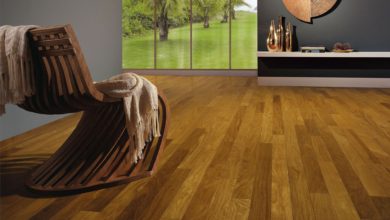 The Pros and Cons of Canopy Tents 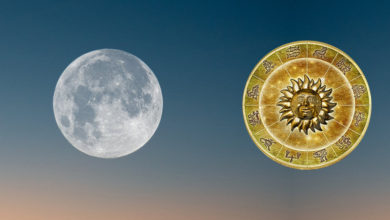 Astrology: Check Out The Effect of Moon on Horoscope! Check Also
Close
Featured Posts
What Is The Process Of Car Manufacturing?
May 31, 2022

What Is The Process Of Car Manufacturing?

Time to realize how much does a whole house generator cost
May 23, 2022