Mall Road Ridge Institute of Advancement and Jakhu Temple in Shimla are famous places to visit. The Ridge is also known as Scandal Point. This candle point is situated in the heart of Shimla city.

From here, the green valleys of Shimla, the peaks of the snowy hills, everything is clearly visible. Sunset and Sunrise also look very beautiful from this point, the shining sun from here attracts a lot of eyes. There is also a famous library at this Ridge Point.

Kufri is situated at a distance of 1900 km from Shimla. The name Kufri is derived from the word Kufri which in the local language means lake.

There is also a zoo in Kufri, where many types of Himalayan fauna are found, from rare Himalayan antelope birds to other types of fauna.

Kufri is a small hill station in the Shimla district of Himachal Pradesh state. Situated in the middle of the snow-capped Himalayas, it is one of the most beautiful entertainment places in the world.

3. The most famous, green valley –

Hari Ghati is a very beautiful and breathtaking mountain range of Shimla. Which falls from Shimla at the place of Kufri. This magnificent valley brings peace to the heart of every tourist visiting Shimla.

For those who are troubled by pollution, constant traffic, and noise, this valley is a very relaxing place. This valley is surrounded by beautiful hills from all sides.

The hills are surrounded by deodar and birch trees from all sides. Some walks in this valley are also seen wandering and jogging.

The site chosen for the lodge was on the hill of the Observatory Peak, believed to be Shimla’s second-highest point.

This Laj was constructed from Grape Sandstone and Light Blue Limestone. The Viceroy’s Laj was not just an architectural attraction building.

Jakhu Hill is situated at an altitude of 8000 feet above sea level. And its distance is about 1 kilometer from the ridge.

Jakhu Hill is the highest peak of Shimla, which the most powerful Himalayas and beautiful snow peaks can be seen from here. The famous Jakhu temple is also situated on this hill.

The word Jakhu is derived from Yaksha, a character from mythology who protects the treasures of the gods. This hill trekking is a very beautiful place for the tourists fond of exciting activities.

Chail is a very beautiful hill station in Himachal Pradesh. It is located 44 km away from Shimla city. The city of Chail is known for its scenic beauty and its forests.

The city of Chail is very famous for its architecture. The palace was built as a summer retreat by the Maharaja of Patiala during the British Raj.

Chail is connected by Shimla district headquarters. There are many places to visit in the jail, out of which the Palace Chail Cricket Ground, Kala Tibba, and Hanuman Mandir are quite famous. Chail is also considered a very famous city for its architecture.

6. Himalayan Bird Park, nestled in the lap of Shimla –

Shimla’s Himalayan Bird Park is situated at an altitude of more than 2000 meters. This bird park is located opposite VK Regal Laj.

This place is a wonderful place for nature lovers, where one experiences a variety of rare plants and trees as well as lush green pastures.

A very large group of birds such as peacock pheasant and Himalayan minal are found here. We can also see a group of exotic birds in this park.

The atmosphere of this Himalayan park provides great relaxation to our soul. Apart from watching the birds, we can also enjoy the fresh air in this park.

The group of different types of birds here gives great pleasure to the bird watchers as well as the wildlife photographers.

Due to the lush green pastures in the park, this place is also considered a beautiful place for nature lovers. Summertime is considered to be the best time to visit Himalayan Bird Park as the place gets covered with snow in winter.

This Christchurch located in Shimla is considered to be the oldest church in the northern part of India. It was constructed the period from 1846 to 1856.

Viewed from the ridge, the windows of the church are seen adorned with beautiful glasses and pieces of brass. This church was designed by Colonel G. T. Boileau.

The clock on the pillar of the church was installed in 1860. The first stage church in this hilly area was St. Michael’s Cathedral.

The stone carvings and colored glass windows give a very splendid touch to this beautiful church. During the colonial era, British officials rewarded people who used to offer prayers in this church. 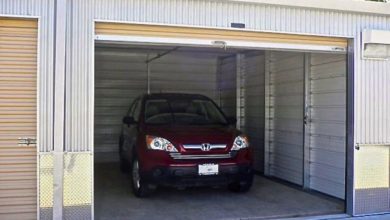 What To Consider While Choosing Different Types Of RV Storage

Trans-Canada Highway: All You Really Want To Be Aware Is it delicate to produce a website?
3 weeks ago

A G&G CM16 Raider: An Airsoft Gun That Should Be in Every Collection

Read This To Know What Color Matches With Purple
May 30, 2022