HSPCB stands for Haryana State Pollution Control Board, which is a body that ensures that industries/businesses are operating within the controlled limits of pollution/combustion levels in Haryana State and issues No Objection Certificates to each business based on the level of pollutant an industry/establishment releases. The Water (Prevention and Control of Pollution) Act, 1974, was introduce by the Union Government of India in 1974 to prevent and control pollution in water sources, On September 19, 1974, the Haryana State Pollution Control Board (HSPCB) was organize and  Later the Indian Union’s Parliament passed another statute “the Air (Prevention and Control of Pollution) Act 1981” to regulate and track air pollution.

CTE/CTO, or Consent to Establish and Consent to Operate, are the two parts in receiving No objection certificate (NOC).

The Water (Prevention & Control of Pollution) Act – 1974 and the Air (Prevention and Control of Pollution) Act – 1981 both require CTE-Consent to establish before you can start your business or enterprise. Before starting a company, you must obtain CTE from the appropriate State Pollution Control Board (HSPCB), The procedure begins with the submission of an application in the specified format, along with the documentation and fees, and inspection of business.

CTE certificates are issued by the Haryana State Pollution Control Board (HSPCB ONLINE) after one year or completion of work,

CTO certificates issue by the Haryana State Pollution Control Board (HSPCB) for one year to ten years, depending on the type of business operation.

Point to Noted: No documents allow to be submitted manually. and the timelines and process for deciding the application for extension/renewal of cto will same as prescribe in procedure for grant of 1st cto. Why Do Businesses Seek an Equilibrium Price? 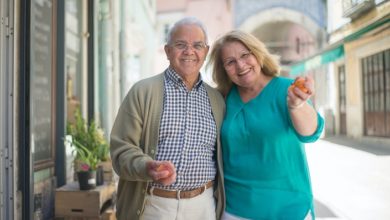 Preserving Your Youthful Appearance as You Get Aging Necessary Tips For How Many Benefits Of Himalayan Pink Salt

The coursework help online, the smartest choice for students
March 23, 2022

The coursework help online, the smartest choice for students

What is The Best Way to Hire a PHP Developer in The USA?

How to activate the Netgear Armor subscription?
May 7, 2022

How to activate the Netgear Armor subscription?

All You Need To Know About MyTHDHR