The Indian Premier League, expansion of the IPL, is in full swing. Fans worldwide are putting their money on their favorite team. It is a major cricketing event globally, with the most exciting games for almost a month. There are ten teams in the IPL; the defending champion is Chennai Super Kings, led by Ravindra Jadeja as their new captain. If we look at the stats, most IPL titles have got bagged by Mumbi Indians. After that, the Chennai Super Kings come second with four titles.

There are ten IPL teams this year, with Gujarat Titans and Lucknow Super Giants being the new additions. If you want to start sports betting this IPL season, read below to find some IPL betting tips to find the most probable winner.

An IPL team depends on its players. Every year the owners of an IPL team buy the top players in an auction. However, they can’t retain top players every time; there could be different reasons. For example, they might not have enough budget for winning that player this year. Or it might be because of the rules that teams can only have a certain fixed number of previous players. Whatever may be the case, the team composition changes. For example, CSK won the title in IPL 2021; however, this year, it did not retain Deepak Chahar, which may weaken their bowling.

Gamblers must constantly analyze the statistics. They must be aware of the changes in weather forecasts, the effect of the climate on the players, and the impact of the pitch on the teams. For example, a team may play well on its home ground but may perform worse on an unfamiliar pitch. Therefore, it would be best to analyze the past games and deduce these connections.

When you study statistics, you may get a lot of probabilities. For example, because Mumbai Indians have the most titles, you might see that they will win IPL 2022. However, they also had the most titles last year, but CSK took the crown. There are many factors to account for to calculate the final winning chance of the game. As mentioned above, team composition is a significant factor.

Be in control of Your Emotions.

You must love a team; maybe you are committed to it. However, it doesn’t mean that your team will win.  Emotions may also cloud our judgment. You might be following every news of your team. It might seem that there is no chance that your favorite team would lose. But always use statistics and probability to backup your bets, not your emotions.

If you need a starting point, the following are the observations about the ten IPL teams. Then, you can build on them with analysis from your end.

They had four championship wins in the IPL and were second in one season. Their approach last year was to give their batsmen maximum freedom. This year also, they should maintain that approach, especially since they did not retain their star bowler Deepak Chahar.

They have won five IPL trophies. This year they bought Ishan Kishan, an expensive player. They have a winning percentage of 58%; they have won 125 IPL matches out of 217. Their captain is Rohit Sharma.

They took a defensive approach last year; they are taking an aggressive approach this year. KKR has a new captain in Shreyas Iyer this season; they have also bought lesser-known players. As a result, their bowling team is more competent unless their newcomers are ordinary.

DC has retained the star performer Rishab Pant, who is also their captain. However, this year DC has bought a lot of new players; this is a risky strategy.

It is their first IPL season; Hardik Pandya is their captain. They also managed to bag Rashid Khan and Shubhman Gill. So, their team composition is promising.

LSG is also a debuting IPL team. Their strategy is to pick all-rounders. Avesh Khan and Quinton de Kock are some of their top players. It is unlikely for them to be the champions with an all-rounder-only team. However, they might display excellent performance.

They have bought Liam Livingstone for 11.5 crore INR and other great talents. Their team composition is excellent this year, with names like Shikhar Dhawan, Odean Smith, Johny Bairstow, and Kagiso Rabada.

They played disappointingly in the previous year. But this year, RR is playing good cricket. Jos Buttler is the one-man army when it comes to their batting unit.

RCB has a new captain Faf du Plessis, a batting captain similar to Virat Kholi. This IPL team has some of the best players in IPL. They have bought Josh Hazelwood this year; they have a team that promises to be in the top three.

With the above IPL betting tips and IPL observations, you can start studying the 10 IPL teams and start betting.

Clean Up Your Credit Score to get a whole new House 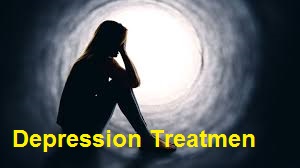 Check Also
Close
Featured Posts
Looking for Shower Parts? Here Are Some that You Definitely Need
4 weeks ago

Looking for Shower Parts? Here Are Some that You Definitely Need

Luis Felipe Baca Arbulu – How He is Transforming the IT Sector in Barcelona?
April 19, 2022

Luis Felipe Baca Arbulu – How He is Transforming the IT Sector in Barcelona?

Global Liquid Breakfast Products Market By Type , By Applications , By Regions – Forecast From 2022 To 2030

The ugly cartoon characters You Never Noticed From Your Childhood
May 1, 2022

The ugly cartoon characters You Never Noticed From Your Childhood