Bajaj bikes have a dominating presence in the Indian two-wheeler market.

This is mainly because of its line of two-wheelers designed and launched while keeping in mind the requirements of Indian riders. If we take a closer look at their two-wheelers, then it is to notice that they have bikes for all customer segments. Let’s take a look at one of Bajaj’s latest two-wheeler bikes in greater detail.

One of the latest entrants in their list of commuter bikes is the new Bajaj Platina 110, which is now available in the H Gear variant. Bajaj Platina has a long history in the Indian two-wheeler market. It continues to be a firm favorite in the economy segment even in 2021.

The new Bajaj Platina comes with an ex-showroom price of INR 53,376. One reason why the Bajaj Platina is different from the earlier variant is the presence of a Gear Shift Guide for the front disc brake.

The government recently released new safety norms for both two-wheelers and four-wheelers. Due to this, Bajaj added extra safety features to the bike, including the Combined Braking System, which is an anti-skid feature. The whole new semi-digital instrument console is a significant upgrade from the existing analog console.

The new digital console in the Bajaj Platina 110 reflects essential features like the gear shift position, low battery indication, clock, odometer, two trip meters, and fuel gauge indicator. The overall frame and body design of the bike remain the same. However, there are minor tunings that have been incorporated in the body graphics.

It is well known that Bajaj Platina 110 is among the best mileage bikes in India, and with the addition of the H Gear, it lets the rider know when to shift a gear and in what gear the bike is currently running in.

It is an essential upgrade as the gear indicator reflects the most suitable gear for increased fuel efficiency. It is worth mentioning that this simple feature isn’t available in the higher range bikes of Bajaj, i.e., Pulsar and Dominar.

While the earlier Bajaj Platina consists of a 4-gear transmission, the new Platina H Gear is equipped with a 5-speed gear which adds an extra wing to its hat and places it comfortably in the list of best mileage bikes in India. The additional 5th gear does more than enhance its performance on the mileage front.

The new gear also helps in reaching higher speeds with the same engine. To date, only a few commuter bikes in a similar price range have 5-speed gear. According to auto experts, extra gear eases the load on the engine and reduces internal wear and tear.

The presence of a 5th gear will lead to an increase in the top speed. However, Bajaj has also paid attention to the safety and braking, adding a more significant 236 mm front disc brake and 130 mm drum brake for the rear wheel.

The braking combo comfortably places the two-wheeler ahead of its rivals. The suspension setup comprises a telescopic fork for the front and Nitrox shock absorbers for the rear end.

The new Bajaj Platina 110 also sees a price bump that is slightly above INR 3000 more than the standard model, while you pay an additional INR 1500 for the disc variant.

The price change was inevitable due to the new bucket of features. There is no denying that there was a considerable possibility of Bajaj labeling the two-wheeler as a whole new line-up under a different name.

The new Bajaj Platina 110 is the ideal companion for those who want a commuter bike with advanced features. Furthermore, the bike offers the trust and dependability of the old Platina with new specifications. It is expected to provide stiff competition to other leading brands in the same segment. 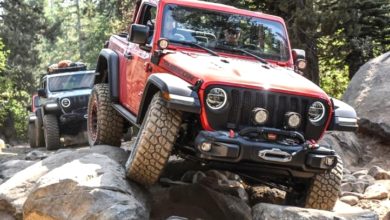 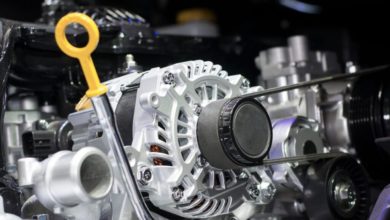 All You Want to Know About Auto Parts

What Should You Know Before Purchasing an Electric Car in Ireland? 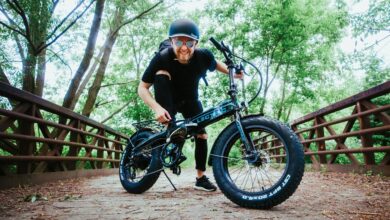 The Complete Guide To Purchasing The Perfect Electric Bike

Tips To Find Out Professional Business registering Consultant in Kenya